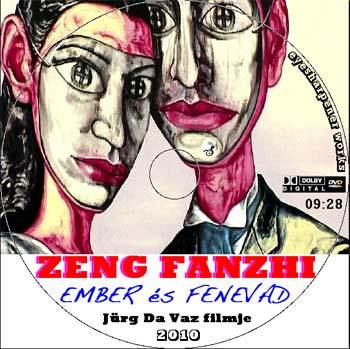 Lunch at ZENG FANZHI
in his Beijing home together with his grandparents, his daughter HAO'ER, his wife HE LIJUN and LORENZ HELBLING, director of ShangHart Galleries.

Hungarian subtitles.
Works from the MEAT and MASK series.

ZENG FANZHI:"My family encouraged me to take up painting to keep me off the street."

LORENZ HELBLING:"Zeng Fanzhi is one of the major artists shaping Chinese Culture of today. He is reinventing himself all the time."
ZENG FANZHI:"I've never been interested in my art becoming a symbol of political ideas. I just want to portray my inner feelings and the people around me."

ZENG FANZHI:"I grew up in Wuhan during the Cultural Revolution. These ideologies take a lot of space in my mind...but my work remains personal. It is of introspective nature. My work reflects my personal life and my emotions
in Communist China today.