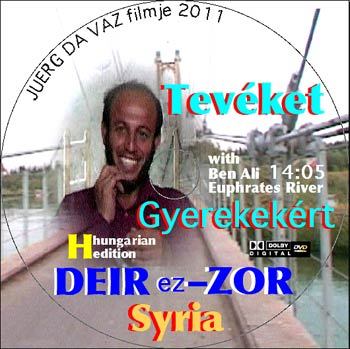 Deir ez-Zor - دير الزور Syria
is the 6th largest city in Syria and the largest in the eastern part of the country. Ad-Deir is used for short to indicate Deir ez Zor. Deir is Arabic for "monastery". Zor indicates the riverbank and bush. Deir ez-Zor indicates an ancient site for one of the Early Christian secluded monasteries. Deir ez-Zor is famous for its Bridge, built with suspension cables over Euphrates جسر دير الزور المعلق. It was built by a French  construction company in 1927, a footbridge, connecting the Levant (south) with Upper Mesopotamia (north).
Login|Guestbook|Shop|Email|News|Links|Home
GPLv2 ywesee 2021