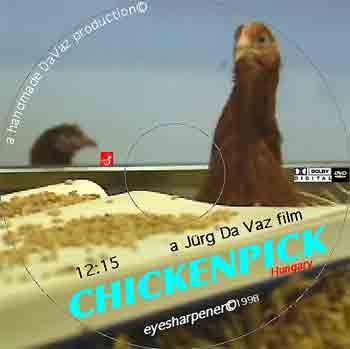 ChickenPick
Figurative Drawing for Postgraduates.
Drawing is at its best when - what I SEE - hits the eye.

A man enters a chicken coop armed only with some seed, a drawing pad and some pens. He proceeds to ‘peck’ at the pad with these pens, thereby finding a human analogue to chicken behavior. The chickens go through a variety of responses to this intrusion into their world, at first enticed primarily by the seed on the pad, they become increasingly accepting of the strange chicken-like creature finally accepting his presence among them. As the man increasingly becomes chicken, the chickens become co-creators of the film leading to a dramatic and dangerous climax of human-chicken interaction.