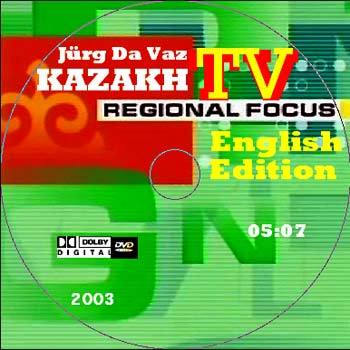 Email by Ben, posted on Sunday, February 19th, 2006 at 7:10 pm
An artist’s view
If you wonder how Da Vaz works, check out this TV-feature on his stint at a Kazakh media school. His filming techniques are certainly quite unique, not only for the Kazakh students. Maybe because, in Da Vaz’s words: He refused to go to any Art college. He disliked the idea of learning the basic techniques. The outcome? A movement called, “Da Vaz”. For Da Vaz, it’s not a question of techniques but how one evolves that along with the creative process. When you go through his work, he urges you not to search for his intentions behind them. It’s how you perceive them that’s important.